At the age of 18, B.K.S. Iyengar left his hometown Bellur located 40 km from Bangalore in Karnataka.

He had been cured of several serious ailments thanks to the intensive yoga he practiced under the guidance of the great master Krishnamacharia, and it was now his turn to set off for Pune to share what he had learnt.

Over the years he developed his own method and gained international recognition. However, he remained concerned about the fate of his village. Despite the economic boom in India, and in Bangalore, it was still extremely poor and lacked the most basic infrastructure.

BKS Iyengar, Guruji, also remembered his own childhood. He had experienced the lack of access to basic education himself, and while he was sharing his teachings with the whole world, nothing had changed in the village where he was born.

Guruji was particularly saddened by the children’s situation: they barely ate a meal a day and could still not go to school. As for yoga, the art he was teaching to thousands of followers all over the world remained inaccessible in the land where it was born.

Fully aware of, and grateful for, all that life had given him, allowing him to follow his path, Guruji wanted to improve the educational, cultural, social and sanitation conditions in his village. In 1967, his seminars in Europe allowed him to gather sufficient funds to address his first two projects: locating the ground water table that would supply a drinking water reservoir, and the construction of a primary school. A yoga hall was also created opposite the school to initiate the young students.

The children could not study on an empty stomach, so Guruji offered them a mid day meal as well as books, school bags and uniforms.  It was a success: the villagers sent 170 children to the school. But at the end of their primary education, most of them were forced to abandon their studies as they lacked the means to continue. The parents were also fearful of sending their children, particularly the girls, away to schools far from Bellur,

For 35 years, BKS Iyengar financed numerous actions out of his own means. The Bellur Krishnamachar & Seshamma Smaraka Niddhi Trust (BKSSNT) was born in 2003 to take his development projects further.

The foundation stone for a college for boys and girls was laid, and it opened in 2005. The success levels in the exams were impressive and while earlier it was the free meal that incited parents to send their children to study, now the main motivation was the children’s desire to learn.

In 2012, a university was inaugurated during Guruji’s 94th birthday celebrations, in the presence of high dignitaries, including the Governor of Karnataka. In parallel, a fully equipped out patient hospital was built to dispense free medicine and health and surgical care.

BKS Iyengar also built the first temple in the world dedicated to Patanjali, who codified yoga over 2 500 years ago, and he restored an 800-year-old Hanuman temple. Finally he built the Bellur Yoga Centre, a vast yoga hall to welcome practitioners from all over the world. 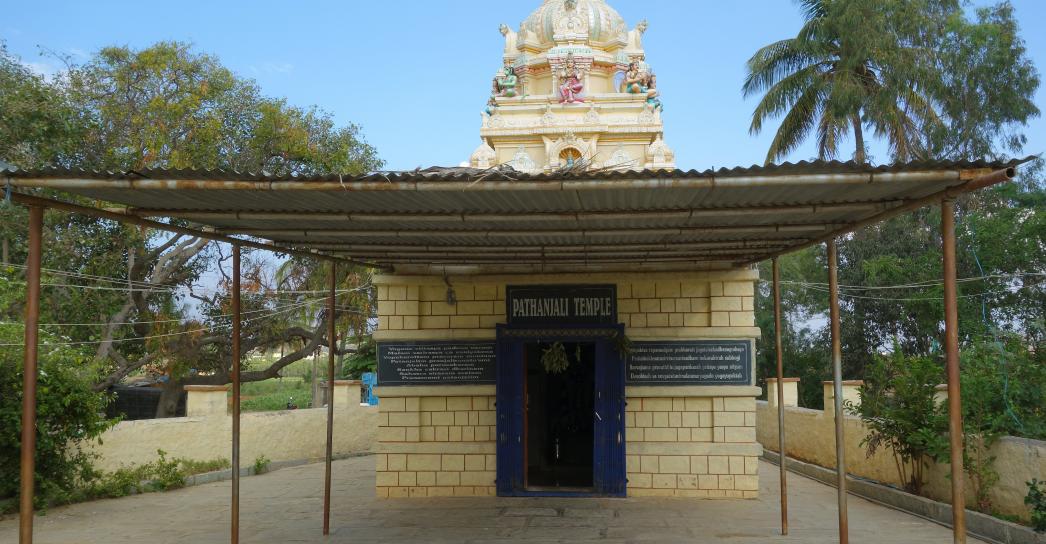 Guruji left our world on 20 August 2014. His actions nonetheless continue in Bellur, and now in the surrounding villages, thanks to the BKSSNT Foundation.
The foundation seeks to build through health and learning for everyone, as this is the cornerstone of virtuous economic and social development, and a means of involving the community in access to basic rights.
We are human beings,
so we should have the qualities to help human beings.
That is what I feel is charity”
- BKS Iyengar -